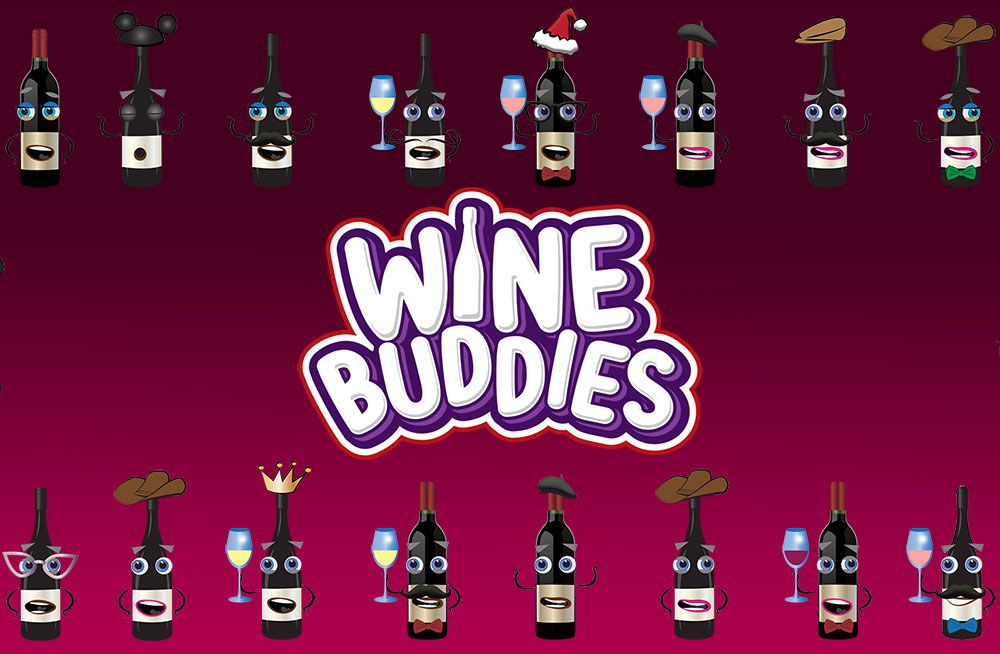 As many of you may know, I have been a corporate technology consultant for over 20 years. My interest in wine (and the wine business) has always been at best a hobby that has had a gradual growing interest for these past 20 years. As a technology consultant, I so firmly believe that it is imperative to continue learning and evolving with the current trends that I wrote an entire chapter about it in my book released in 2017.

So with this said, I have heard so much about NFTs, collections, generative art, metaverse, Web 3.0, and the future of blockchain technology that I had to dive in somehow to fully grasp the concepts and understand what it all meant. I’ve already stated before on here of my prior interest and belief in owning cryptocurrencies as a whole, but it’s another thing to dive deeper into this fascinating and somewhat confusing world of NFTs.

NFTs (non-fungible tokens) have been around for several years and some are now worth millions of dollars. Think of of them as a digital representation of a unique collectible. One of the interesting versions of them are the generative art collectible collections. This is when a series of random traits or properties are assigned using programming to each character in a collection creating a set of collectibles similar yet different with each having their own unique combination of properties. If enough variations are used, it is possible using software to create several million unique collectible character images in a short period of time and output them to a directory. Many of the most well known NFT collections use this format. Just like all of us humans, overall physically we are all fairly similar but with a potpourri of differences depending on our genetics.

Since this site is mostly a wine blog, what does this all have to do with wine you may ask? NFTs themselves can be about anything or relate to any topic, so why not somehow incorporate wine? And that became my goal… make a wine related generative art NFT collection.

My idea was to take the concept of Mr. Potatohead or the California Raisins and basically create a universe of living breathing wine bottle characters. From this, the Wine Buddies were born! I initially decided on 10 total physical traits that would include several variable features including their body shape that would use the 3 most typical wine bottle shapes (Bordeaux, Champagne, Burgundy). I then made certain traits more rare than others, so that some bottles would ultimately seem to be even more unique than others.

Eventually I also concluded that each of them needed a name as well as a small statement about the types of wine they liked. For the first name, I used a software library that randomly returned a name. Depending on a few key randomly selected properties, either a male or female name would be generated.

As for the last name, they were selected randomly from a defined list for each bottle body shape. First I compiled a list of major wine regions and their cities from around the world. Each wine region is typically more known for a specific type of wine, so one of their major cities would be included in the respective bottle body shape category that closely matches it. An easy example would be Champagne itself. The last name “Champagne” would be an option for characters with the Champagne bottle body shape. Hopefully that makes sense? I also included “Cru” as a last name, since many of the legendary French wine regions elect their best wines to be “Grand Crus”.

One of the traits for the characters was whether they would be holding a glass of wine with either red, white, or rosé wine in the glass. Depending on which type of wine they were holding, the details of their preferred wine should reflect the wine in the glass. So if they are holding a white wine, their taste in wine would reflect notes you would often hear about white wines. Some characters are not holding glasses at all. So for those, they are defaulted to prefer red wines.

After all of this was decided it was time to get underway. Since I am only one person creating this entire collection and handling all marketing and further items (a website, twitter, etc), I didn’t want to generate too many characters. This collection would work best as a limited release series just like a short run of garagiste wine where very few bottles are made like a cult-collectible wine (think Sine Qua Non).

I first used an image generative software to create the 350 characters with unique properties for each. Next I generated a first name, last name, and preferred wine statement for each character.

I then decided to use OpenSea, one of the most well known NFT marketplaces, to host this collection. Though I am a fan of Polygon and its low fees, I decided to stick with the more well known Ethereum blockchain for this collection. I was aware that this choice may turn off some potential buyers since Ethereum gas prices can be quite ridiculous at times, but I fully embraced my decision. Since sometime early this year, OpenSea has no longer required that all items in a collection to be pre-minted (and pay the necessary Ethereum gas prices for each up front) if you manually upload each of them through their website (but using their API is a different story). It is only when an item is first purchased that it will be fully minted. This was a key detail for me, since let’s be honest there are thousands of new collections added daily to NFT sites and the odds of mine becoming successful as a one man show with near zero marketing is pretty steep.

Let’s be clear though, I love my idea, my created characters, and would happy to see them enjoyed by all. I am just being real about the whole process. In my 25+ years as a software engineer, I’ve often had to dive head first into the newest technology trends, learning how they work, and then spend money creating my own version to fully understand it entirely. Most often they end up being nothing more than resume building tasks that lead me to working (and being paid) by clients to do the nearly same thing.

With the Wine Buddies, I am truly hoping for the best as I have additional plans and world building ideas if they can become a success. Each character is listed for .02 Ethereum which at the time of writing this is worth about $90. Ethereum gas prices to mint the character would probably be an additional $75-$90 depending on the time of day they are minted. This would put each of them under $200 a piece which was my goal.

In order to manually upload the 350 character images one at a time with property traits and descriptions to OpenSea, I utilized a computer screen recording software to automate most of the upload process. Otherwise I would have ended up with even worse Carpal tunnel than I already have! 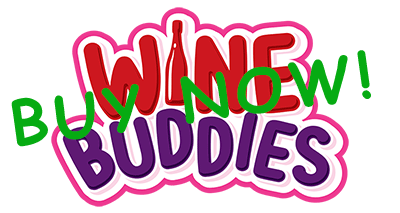 This entire project was a bit exhausting but definitely taught me a bunch of lessons. The outcome is that I now feel a great bit of warmth and love for my new Wine Buddies. With this all being said, please consider purchasing a Wine Buddies NFT at this link or at least sharing the collection page link with everyone you know.

All Wine Buddies NFT owners will be eligible for random giveaways and airdrops that may include direct shipments of wine, wine gift certificates, Ethereum, and much more. 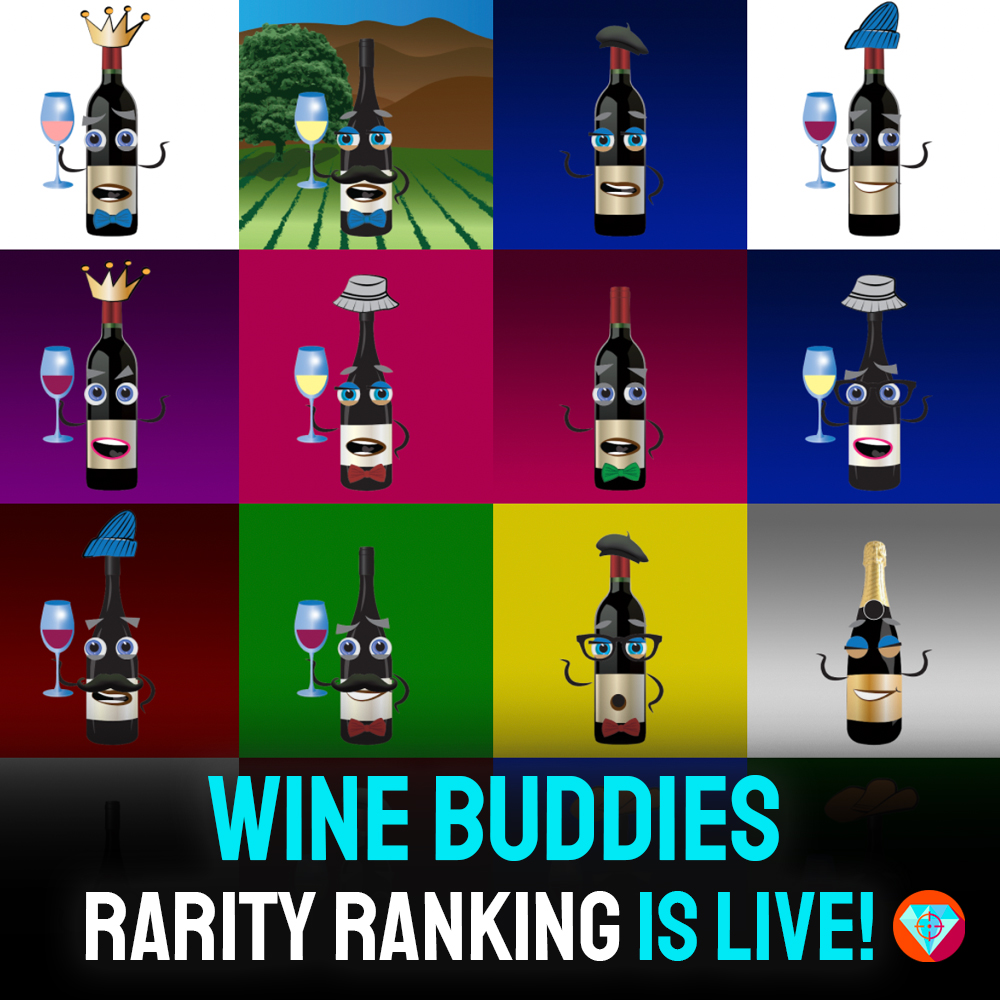 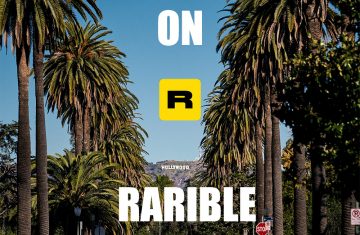 My NFT photos on Rarible, OpenSea, and hic et nunc

I have a new page devoted to my NFTs here.…

END_OF_DOCUMENT_TOKEN_TO_BE_REPLACED 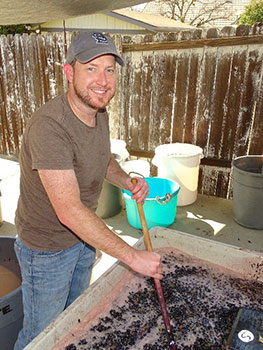 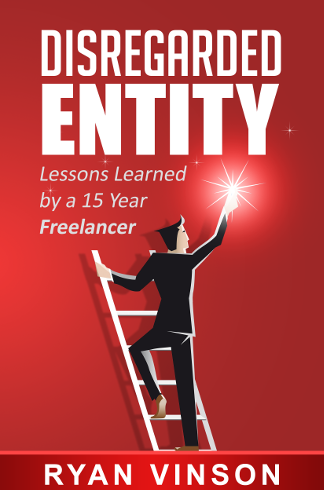